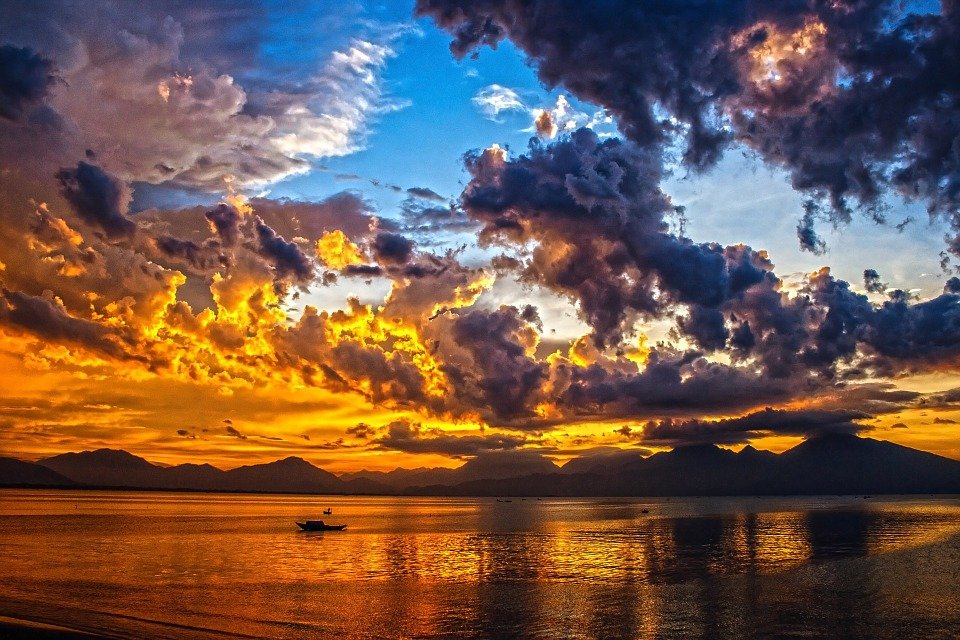 I believe it is safe to say, no mater what political stripe you happen to identify with, we are going through some very strange and unsettling times. For starters we are going through a world wide pandemic, the like of which, this current generation of young people and most people alive, have never witnessed anything remotely like it. The last world wide pandemic, before the word pandemic was even being used to describe such events, was when the Spanish Flu struck, which took place back in early 1918 and is estimated to have killed between 20-50 million people and some people stand by even larger numbers, putting the deaths more in the 50-100 million range. Contrast that with the 2.7 million people who have died so far from the corona virus. Just remember, Covid-19’s wake of destruction is far from being over. Adding fuel to the fire are government imposed socially distanced, lock downs, which may in some way have led to the protesting in the streets, sparked by the murder of George Floyd who’s death was due to the  knee placed on his neck while he was handcuffed and pinned to the ground, by an officer of the law, sworn to preserve and protect the citizenry, took his life for the crime of his having passed a counterfeit 20 dollar bill.

After the 8 minutes and 46 second video showing the murder of George Floyd, went viral, the Black Lives Matter movement exploded worldwide. With these protests came civil unrest  which sparked marching in the streets  in many major cities in the US, but in addition, were supported by smaller cities and towns throughout the US. as candlelight vigils were held nightly and people marched during the day. The words, “Black Lives Matter” were painted on the Street in Washington D.C., in letters 25 feet high, which stretched from curb to curb, as well as outside Trump Tower in New York City, the former residence of the then President,  Donald Trump. What was the game changer is when many white Millennials showed up to join in the protests in support of the Black Lives Matter movement, along with Latinos and Asians, all took part in solidarity for uniting in peaceful protest. So to say all that has happened after the murder was bad, would not be telling the entire story.

The weather is also going haywire in America. When was the last time you remember it snowing in Texas? The flooding down South is unprecedented. The wild fires on the West Coast are actually turning the cloud cover red with an eerie, otherworldly, glow. Earthquakes, tornadoes and many more then is the usual sequences of hurricanes, are systematically bringing destruction at a rapid pace. The bees are disappearing, which Albert Einstein warned years ago with  words to the effect which predicted, when the bees are all gone, humankind will be able to continue for maybe four more years! Four more years, then all life will be gone from our planet.That is how interconnected we all are. How many of us are aware of that? If so, how many of us stop to consider how our actions on a daily basis, help move our planet, our ecosystem one step closer towards being on the very brink of destruction? Finally, it is becoming more widely known that recycling plastic items with the number in the triangle @ the bottom of many products, is actually a fool’s errand. I have heard reports stating that 70-80% of the plastic we place inside plastic containers to be recycled…. isn’t and is ending up in far away places like Indonesia, flooding their rivers, waterways and is washing up on their shorelines. Isn’t is getting more and more obvious, something really wrong is taking placeand has been for a looooooong time. Unless we pull our heads out of the sand or from the back of our shorts, we are facing a very grim future and leaving a shorter widow of opportunity to right this sinking ship for the next generations who will be coming to grab hold of the reins of power.

Then there is the matter of the Big Lie, put forth by the then President, Donald John Trump, that he had won the 2020 Presidential election and the election results which showed he had lost, over and over and over again, he continued to make the false claim that it had been stolen from him (without one shred of evidence to prove it was) or that voter fraud had been committed… it had not in any substantiated way and still no proof was shown after 60 court rulings in which the law suits were consistently thrown out for insufficient evidence or lack of credibility. Some people were so taken in by hearing the Big Lie being broadcast on major Conservative Media networks that they believed them, lock, stock and barrel as being the Gospel Truth. So much so, that they answered the call from President Donald Trump to come to Washington D.C. on January 6th, when he was holding a rally on the same day the certification of the Electoral College was being held in Congress. Trump ginned up the crowd by again repeating the Big Lie and then  directed the gathered faithful to fight like Hell. Towards the end of his remarks he directed the crowd to march on the U.S.Capitol.

The result was the U. S. Capitol was over run when only a skeleton force of Capitol Police were on the grounds to defend the Capitol from the thousands of protesters who were angry with the results of the 2020 Presidential election. They had been told by sources they trusted, the Big Lie, over and over again by Senators, U.S. House of Representative officials that the election had been stolen, through the newscasters they trusted to tell them the truth. Unfortunately, they had been lied to over and over and over again, or as we might say, ad nauseum. They had nothing else to balance these lies with and so they swallowed what was offered as the Truth. that the election had been stolen and our Democracy was about to be stolen by the Democrats. They took violent action and stormed the U.S. Capitol, breaching the sanctity of the U.S.Capitol, breaking down doors and smashing windows in search of Vice President Mike Pence and Speaker of the House of Representatives, Nancy Pelosi to threaten harm if not kill them. This mayhem also resulting in several deaths, with one U.S. Capitol Police officer losing his life and five other protestors being killed in the melee. It was utter chaos with government officials having all fled the Senate Chamber in fear of losing their lives.It is a shameful day that reverberated in headline news around the world and resulted in the 2nd Impeachment of Donald J. Trump. He is now the only U.S. President ever to have been impeached.

In spite of all of the above, I still have faith that there are better days ahead…. although, the bad news is there might be much more bad stuff to have to wade through before we can rest easy on our laurels. Some of the guests I have interviewed have indicated the date of 2035 as the time when we would be entering, what they liked to refer to as the Golden Age. No matter what you think about the concept, the wording of “Golden Age” has a nice ring to it, don’t you think? I find it full of promise. Anyway, it has been predicted that when we arrive at last in this Golden Age, it will be a time of peace and tranquility of humanity coming together, perhaps for the first time to celebrate our differences and to celebrate the human spirit and to remember who we are and why we came here and that we are each limitless in our capacity to be or become whatever it is that we can imagine our selves as being.

Think about it, a Golden Age, when the entire world is at peace. No wars of any kind on any remote corner of the planet. All people seen as equal and acknowledged for the gifts they have come to this planet to share with others to bless and prosper each and everyone of us. We may in time, seeing as we have learned at last to live in peace, be invited by the other conscious beings in the universe to join in with them in being part of the greater whole of our galaxy and beyond. Who knows what new discoveries we might make if we take competition out of the equation and put only our heart into everything we do in an act of sacred creation. We will undoubtedly find an inexhaustible fuel source which gives off zero pollutants. Find new sources for purifying water and make better use of all our resources.

Interplanetary travel will be a reality no longer a pipe dream. We may no longer need vehicles to transport our bodies from place to place. I would hope @ long last we will find some new source of food, other then killing our fellow creatures for our lives to continue. Perhaps we will be able to derive our “food” from the sun itself, just drink in the sun’s rays into our cells as needed. After all, our main source of energy comes from the sun. Green grass is eaten by cows, which then absorb the grasses having drunk in the sun’s light. Vegetables do the same. By simply opening our bodies to accept the sun’s rays initially, we can eliminate the middle person by having to eat animals to survive. This in turn will go a long way to making our bodies healthy and strong.

Sickness and disease may no longer plague the human race ever again. Hospitals will become no longer necessary. Death will be seen as a transitioning to something new and not a farewell but a regular part of our life cycle. We may, if I may be as bold to suggest, be in constant communication with those who have passed on. As death is no longer seen as an ending, but simply a new beginning, we may be free at last to pierce the barrier that separates the living from the dead.

These are but the yearnings which speak through my heart to bring to light. Other new visions also await our discovery, when we find at last the courage to dream new dreams far beyond anything we have ever thought was in the remotest way possible. We must all prepare for that time now in the secret chambers of our hearts and look within for what is my part to do, however great or small, is an important act in order to bring about the planetary awakening which must precede and come forth before we can bask in the glow of the magnificent Golden Age yet to be materialized. 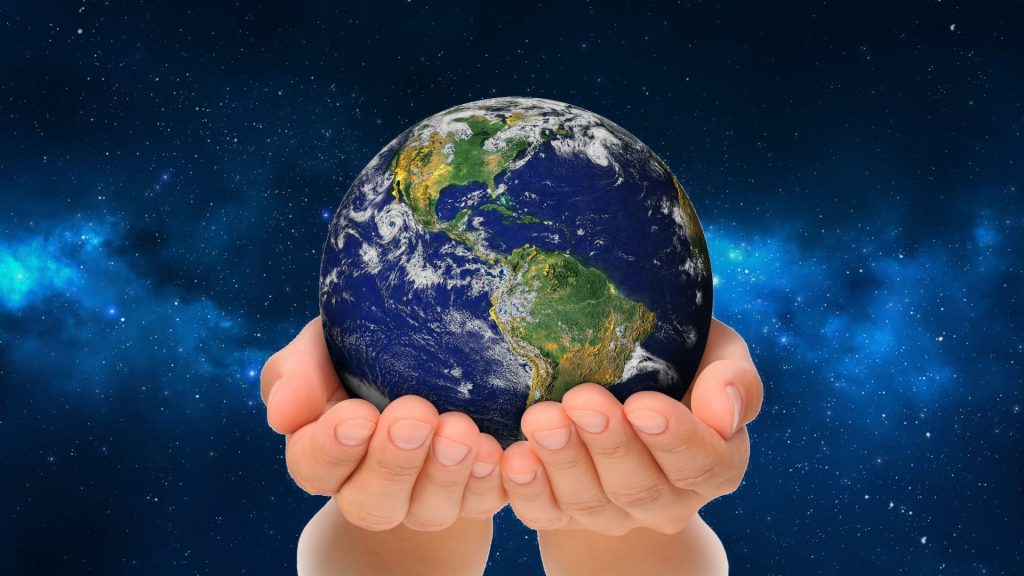